Getting married anytime soon and looking for a perfect romantic honeymoon getaway within your budget? Don t worry, we have done for you. Enjoy this tour with us.

On arrival at the Bandaranayke International Airport, our clients will be welcomed by our representatives. And transfer to Hotel at Sigiriya.
Dinner and overnight stay at hotel in Sigiriya.

After breakfast leave for Kandy via Dambulla, Nalanda and Matale. First, visit the Dambulla cave Temple. It is the largest and best-preserved cave temple complex in Sri Lanka. The rock towers 160 m over the surrounding plains. There are more than 80 documented caves in the surrounding. Major attractions are spread over 5 caves, which contain statues and paintings. These paintings and statues are related to Lord Buddha and his life. There are a total of 153 Buddha statues, 3 statues of Sri Lankan kings, and 4 statues
of god and goddess. Then visit Gedige at Nalanda one of the remarkable archaeological sites in Sri Lanka and enjoying the Spice garden at Matale and take part in a conducted tour to get some knowledge about the growth and use of spices in day-to-day life. Dinner and overnight stay at hotel in Kandy.

After breakfast, the next day you will visit the Temple of the Sacred Tooth Relic (also known as Dalada Maligawa) which is one of the most important Temple to visit in Sri Lanka. The significance of the temple is that it houses the relic of the Lord Buddha’s tooth. Afterward, you will visit the Peradeniya Botanical Gardens. Enveloped in the Mahaweli River, this 60-hectare botanical garden includes over 4000 types of flora such as orchids, spices, palm trees, and medicinal plants. You will then visit the Gem Museum in Kandy. And also we will then visit Kandy View Point. And will we visit the Bahirawakanda Temple And in the evening go to the traditional dances are performed by the Kandy lake club dance troop within the the span of one hour. Dinner and overnight stay at hotel in Kandy.

After breakfast leave for Nuwara Eliya. On the way visit the Botanical garden at Peradeniya, It is the largest botanical garden on the island. It is renowned for the collection a variety of Orchids and has more than 300 varieties of Orchids, more than 5000 spices, medicinal plants, and palms trees attach it is the National Herbarium and visit a Tea Factory and a Plantation to witness the manufacturing process of world-famous “Ceylon Tea" and to taste a pure un-blended cup of factory fresh tea. Also, pass by eye-catching views with waterfalls. And also we can visit in the Evening city tour in Nuwara Eliya Including Victoria Park, Gregory Lake, and Golf Course, the 119-year-old club is situated within the city limits. Established in 1891. One of Asia's finest Golf clubs. Dinner and overnight stay at hotel in Nuwara Eliya.

Ella is known as one of the most scenic train trips in the world. This memorable journey commences from Nanuoya; the last royal capital of the country to Ella a peaceful, scenic village in the central highlands of Sri Lanka. And also we will visit Little Adam’s Peak, the eye-catching, jaw-dropping, and conspicuous peak that is the one not to miss, Situated in Ella. And Demodara Nine Arch Bridge is a bridge in Sri Lanka. It is one of the best examples of colonial-era railway construction in the country. Dinner and overnight stay at hotel in Ella.

After breakfast leave for Yala national park. And On the way, we will visit by Rawana Ella waterfall. In the evening half-day jeep safari to Yala National park, Yala National Park is the second-largest and most visited national park on the island. The park covers 979 square kilometers, The Park is best known for its variety of wild animals. It is important for the conservation of Sri Lankan elephants, aquatic birds, and leopards. Dinner and overnight stay at hotel in Yala.

After breakfast leave for Mirissa Afternoon relax on the beach. Mirissa is one of the main beach destinations in southern Sri Lanka. There are still enough spots where you can enjoy a fresh coconut from your hammock seeing the sunrise. Dinner and overnight stay at hotel Mirissa.

After breakfast possibility to go whale watching. Mirissa is one of the most thrilling water activities in Sri Lanka. The warm waters around Sri Lanka are ideal to spot blue whales, Bryde´s whales, sperm whales, fin whales, common dolphins, bottlenose dolphins, and sometimes killer whales. Spinner dolphins, Risso’s dolphins, and striped dolphins can be seen too. In the Afternoon drive to Galle and visit Galle Fort. Galle is the capital city of the Southern Province of Sri Lanka. Galle reached the height of its development in the 18th century, during the Dutch colonial period. Galle is the best example of a fortified city built by the Portuguese in South and Southeast Asia, and the Airport confirming the end of the tour. And our clients can leave for the airport and departure.

Cancel up to 10 days in advance for a full refund. 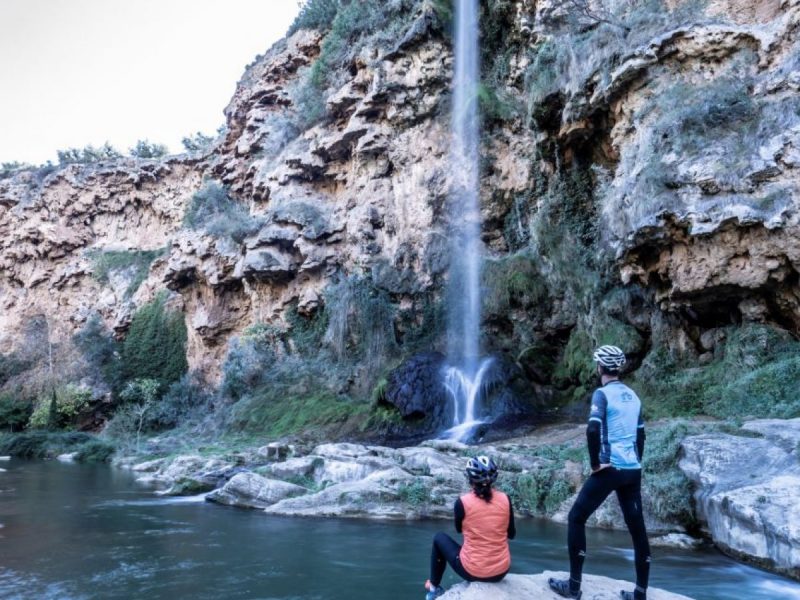 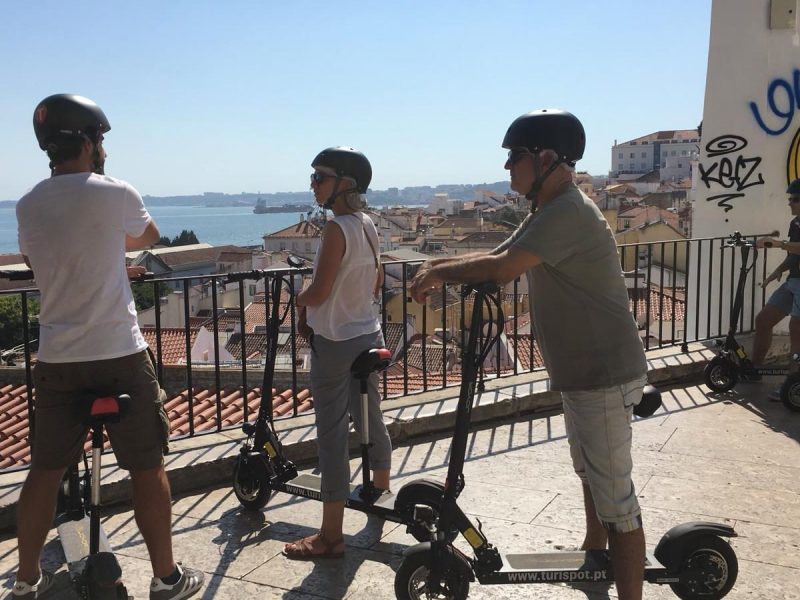 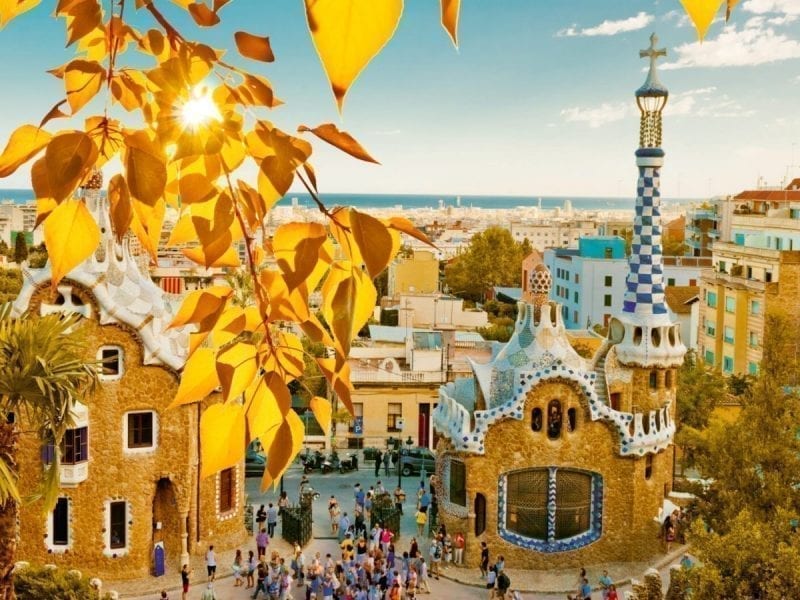 Barcelona in One Day 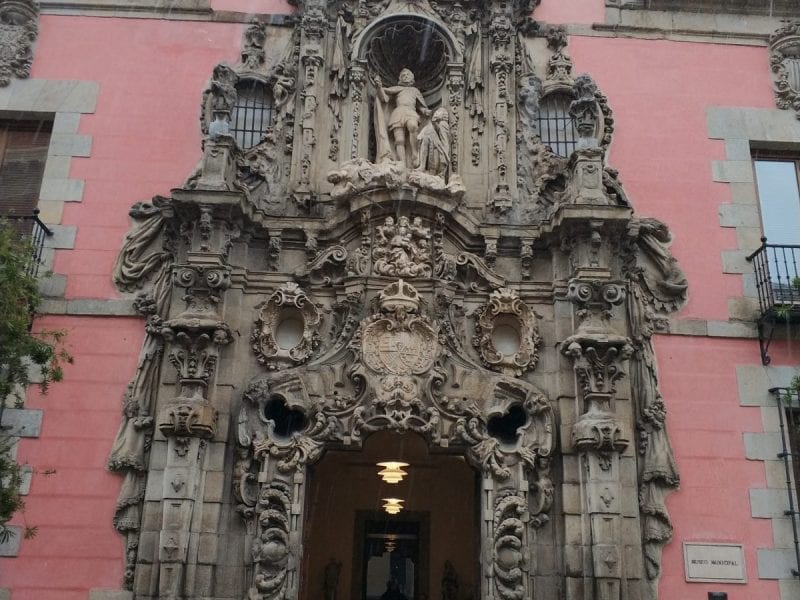