Enjoy Granada with these 10 sites

When one thinks of what to see in Granada in two days, the Alhambra, one of the main wonders of Spain, comes to mind for many, and then the other plans are no longer so clear. It is true that this fantastic Arab palace is the most famous building in the city and it is surely the place to visit in Granada if you only have one day, but Graná is much more than its symbol. The city has a beautiful old town with one of the most important cathedrals in the country, unique neighborhoods such as Albaicín or Sacromonte and of course what catches travelers is the atmosphere of the streets and tapas bars. In this post we tell you what we consider essential to see and do in Granada in 2 days.

Although Granada hides many other gems as you will see later, the Alhambra is the main place to see in Granada in 1 day. We guarantee that many other things will not fit your day, because the most visited monument in Spain requires your time. We have already visited it several times, but it always leaves us speechless.

The Alhambra is undoubtedly the most impressive example of Arab architecture in the Iberian peninsula, this palace where the Nasrid kings lived from the 12th century until the reconquest of Granada in 1492, is a dream place and visiting it you will feel inside a fairy tale. The most notable places inside the palace are the Alcazaba (the walled city), the Nasrid Palaces and the Patio de Los Leones (the probably most photographed place in the complex), the wonderful Generalife gardens or the Palace of Carlos V.

In addition to visiting the main monuments within the complex, it is worth simply walking through its mosques, gardens, fountains and patios, admiring its facades, its tiles, dedicating a whole day to it. 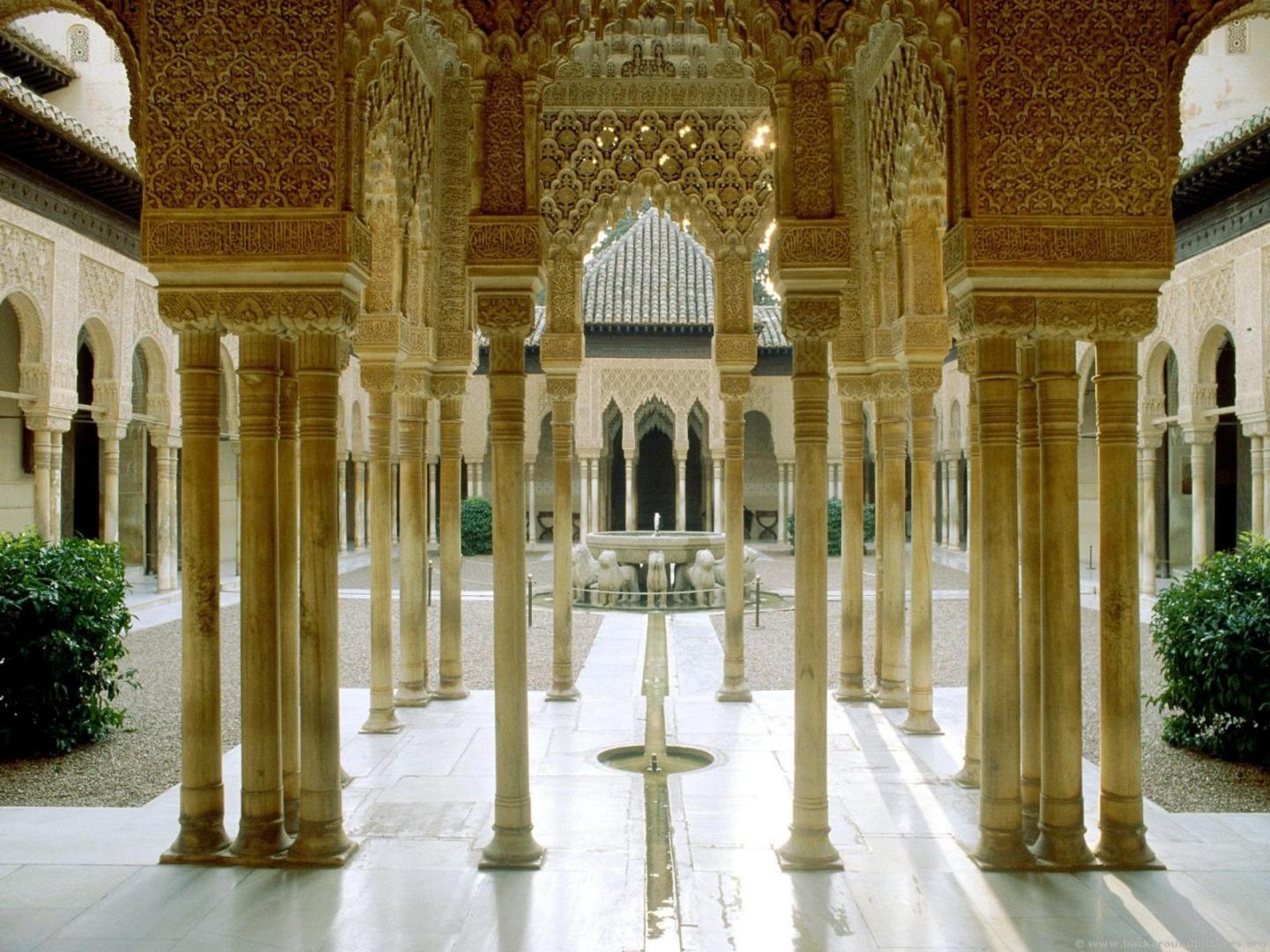 Probably the most curious neighborhood in the city is Sacromonte. An essential thing to do in Granada is to take a walk through the steep streets to see some of the peculiar cave houses. The neighborhood is located in front of the Alhambra and it is here that gypsies traditionally settled. The gypsies lived here in the caves for centuries together with bohemian and flamenco artists, so the neighborhood was characterized by a unique atmosphere with zambra mora dance (the flamenco dance of the gypsies) in the streets in a very improvised way. Nowadays it is difficult to find this same authenticity, since the flamenco shows for tourists are organized in the caves, but it is also a unique experience to attend one of these events to absorb a little the culture and the way of life of this neighborhood. 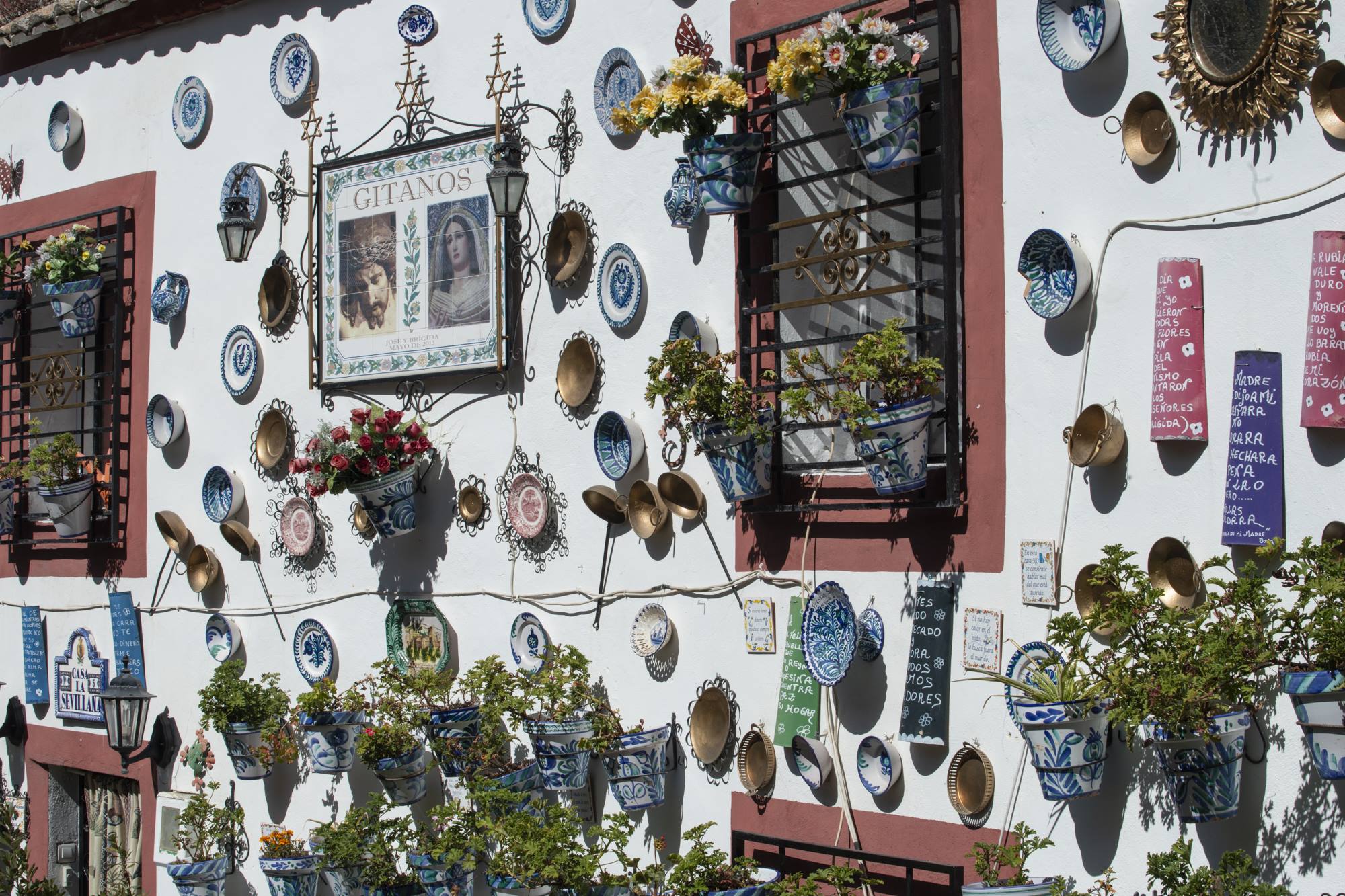 The old Arab neighborhood, Albaicín is another of the charming neighborhoods to visit in Granada. It is a veritable maze of steep streets with white houses filled with bougainvillea flowers. You could hardly imagine a more romantic activity than getting lost in these cobbled streets full of aromas and where you always listen to guitar music. The neighborhood is also full of shops that sell their colorful handicraft products. In order not to miss anything from the Albaicín and Sacromonte neighborhoods, you can hire the guided tour of the two neighborhoods or this comprehensive tour that includes a visit to the Alhambra along with guided tours of Albaicín and Sacromonte. 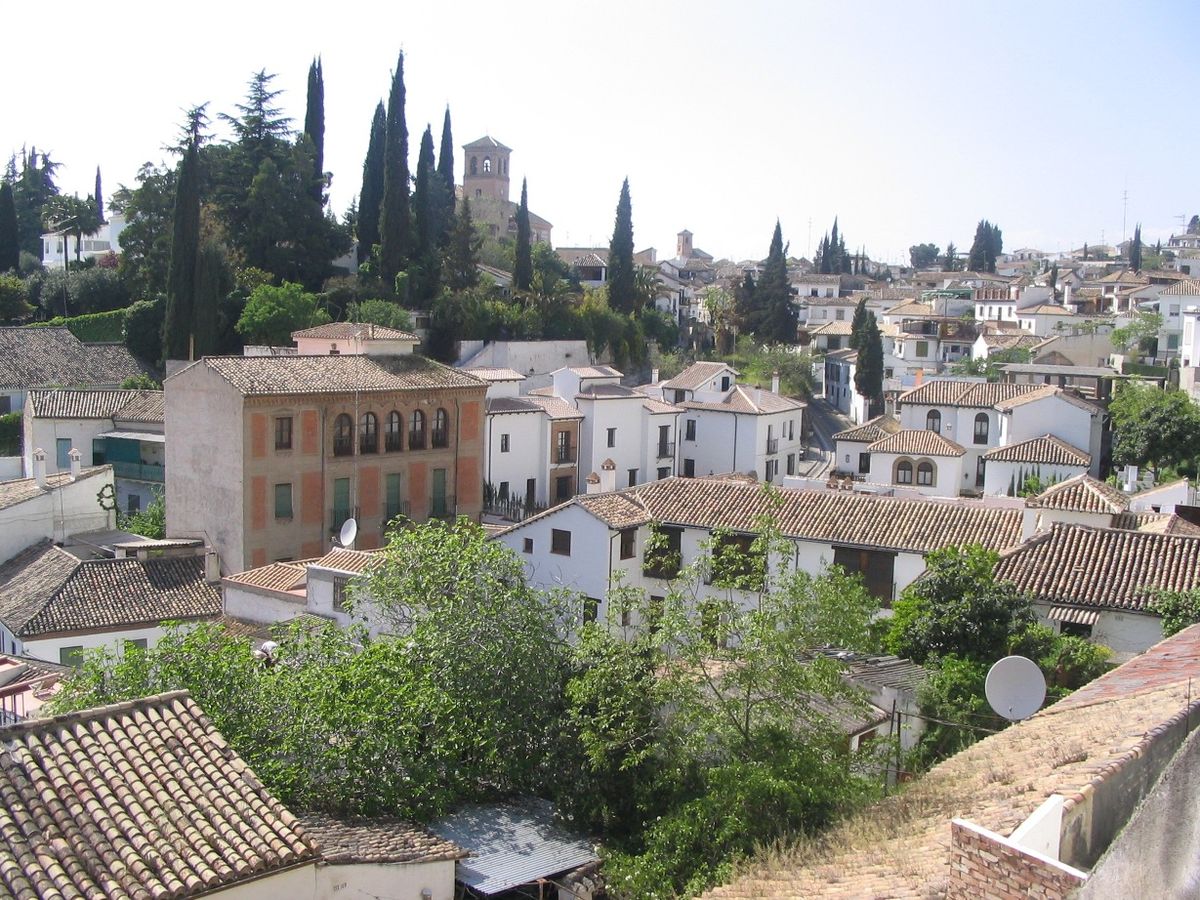 Among the places in the Albaicín neighborhood there is a place that deserves a separate paragraph, the Mirador de San Nicolás. It is undoubtedly one of the most romantic places to see not only in Granada, but in all of Spain. Its location is simply wonderful to see the Alhambra and the Generalife with the snow-capped peaks of the Sierra Nevada in the background. The view is especially fabulous at sunset and with the music of the street artists playing the guitar, you will truly experience one of the magical moments of your visit to Granada in 2 days.

5. The Cathedral and the Royal Chapel

In the old town of the city you will find two essential monuments to see in Granada, the Cathedral and the Royal Chapel, which is the annex of the said church. The Cathedral was built as the first Renaissance church in Spain after the reconquest of the city. It is the second largest cathedral in Spain after the Seville Cathedral. The imposing Altar Mayor, round in shape, and the wonderful works of the Granada-born artist, Alonso Cano, stand out.

Despite the importance of the cathedral itself, the Royal Chapel is undoubtedly the place that most travelers visit, since inside it probably rests the most important monarchs in the history of Spain, Isabel I of Castile and Fernando II of Aragon, The Catholic kings. Juana la Loca, the daughter of the kings and her husband, Felipe el Hermoso, are informed in the same chapel. To better understand the importance of these buildings, it is best to take this guided tour of the Cathedral and the Royal Chapel. 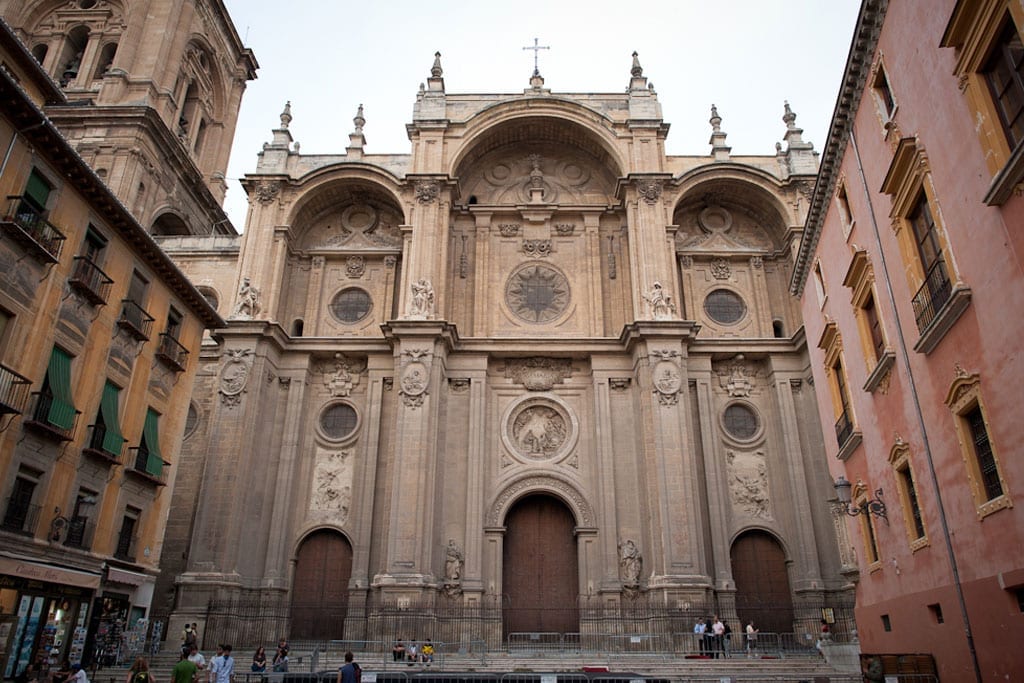 The oldest square in Granada, which by surprise is called Plaza Nueva, also deserves a section. It is a very pleasant place to have a drink. In this square there are also several historical buildings such as the Casa de los Pisa or the Chancery that today houses the Superior Court of Andalusia. Plaza Nueva is also the starting point to start the ascent to the Alhambra or climb to Albaicín. 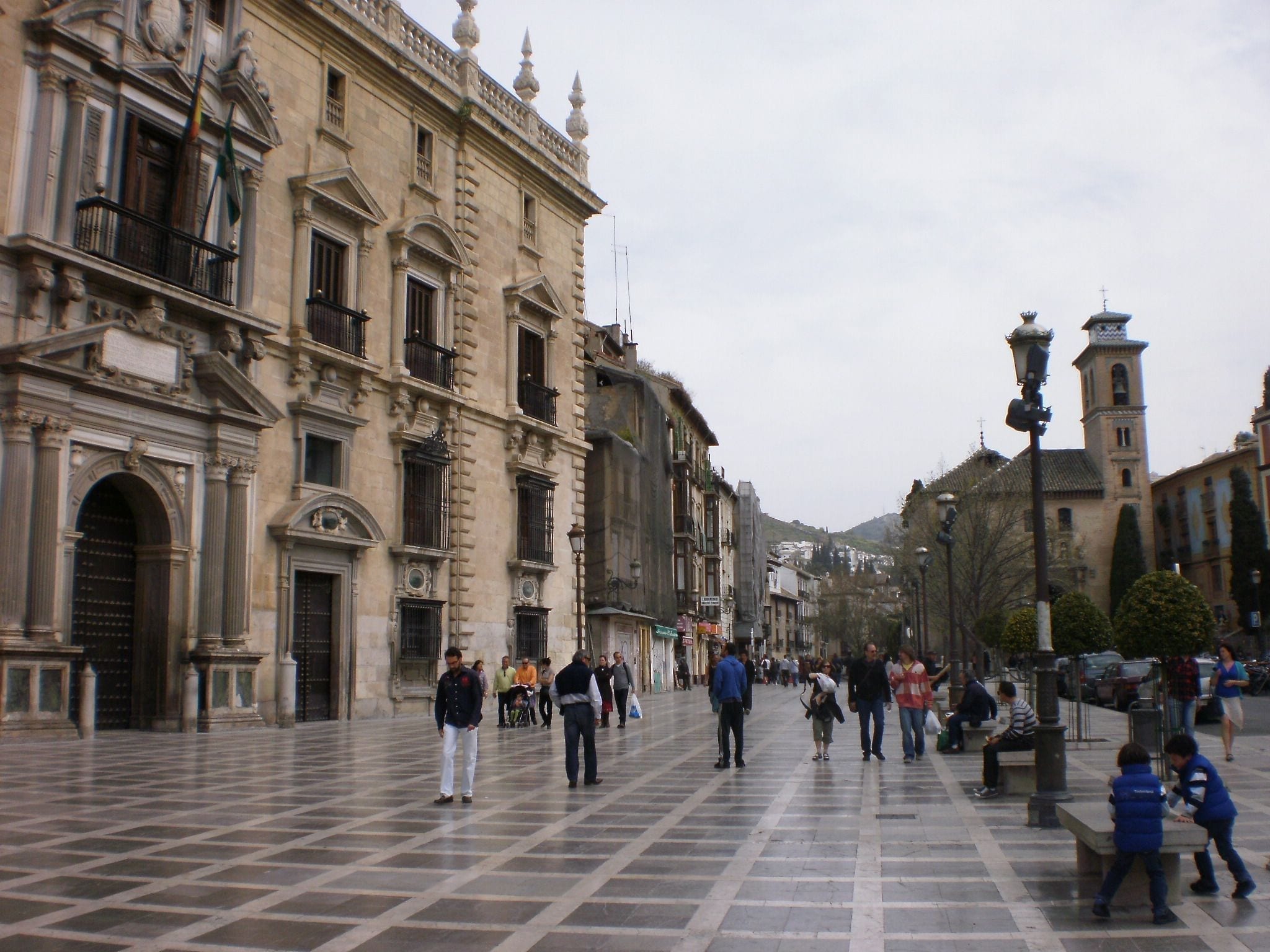 There are many charming streets in Granada, but if we have to choose a specific street, we would choose Paseo de los Tristes. The street is in the Darro Valley between the Albacín neighborhood and the Alhambra hills and its original name is Paseo del Padre Majón, but due to the proximity of the San José cemetery, it began to be called the Paseo de los Tristes. Nowadays there is little sad, since walking through it enjoying the views of the Alhambra from below and the atmosphere of the terraces, is one of the best plans to do in Granada. 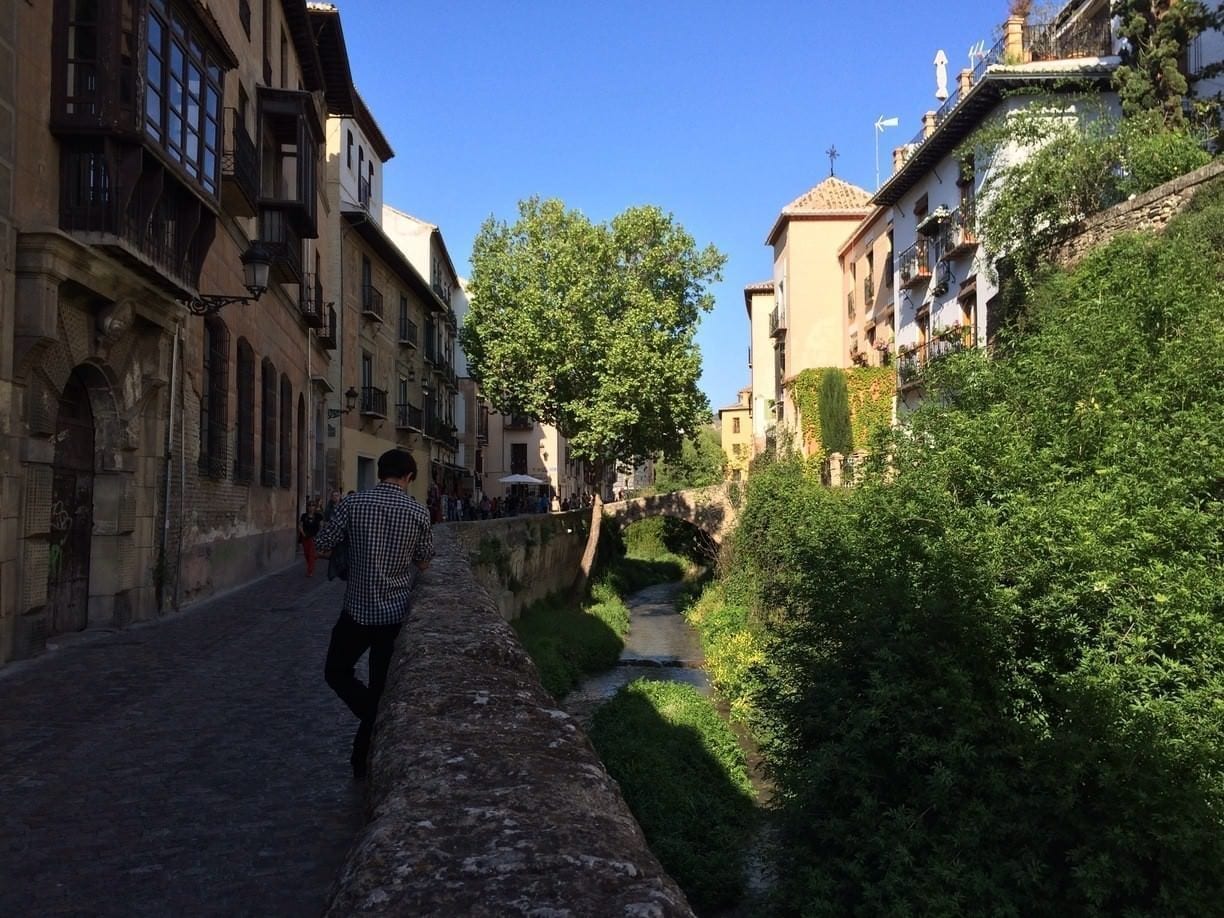 8. The tapas of Granada

Granada’s main attraction is the Alhambra, but there is another equally important institution in the city, tapas! In Granada the true tradition of tapas still continues, something that in most places happens only in very few bars or almost none, as is the case in Barcelona. In the authentic tapas bars of Granada, when you order a drink, they give you a tapa and not four olives or peanuts, but in many bars they give you quite elaborate and quality tapas: skewers, a plate of ham, croquettes, fish fried and much more.

Unfortunately today there are already many bars in Granada that are quite touristy and in these places they give ridiculous tapas or drinks are expensive, so avoid these bars and have your tapas in bars where local people go. Some recommended places are Casa Julio, Los Diamantes or the Minotaur. If you want to immerse yourself in the world of local tapas, you can do this night walk that includes tapas tasting. 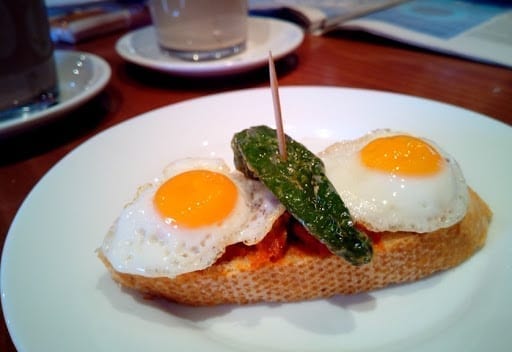 If you are looking for a charming place where you can make a pleasant stop enjoying the unique atmosphere of Granada, we recommend you visit one of the various Arab teahouses in the city. Calderería Nueva street is known for the large number of tearooms found there, each one is a small oasis where you can have a tea of jasmine, mint or other flavors with a typical Arabic cake, generally super sweet. 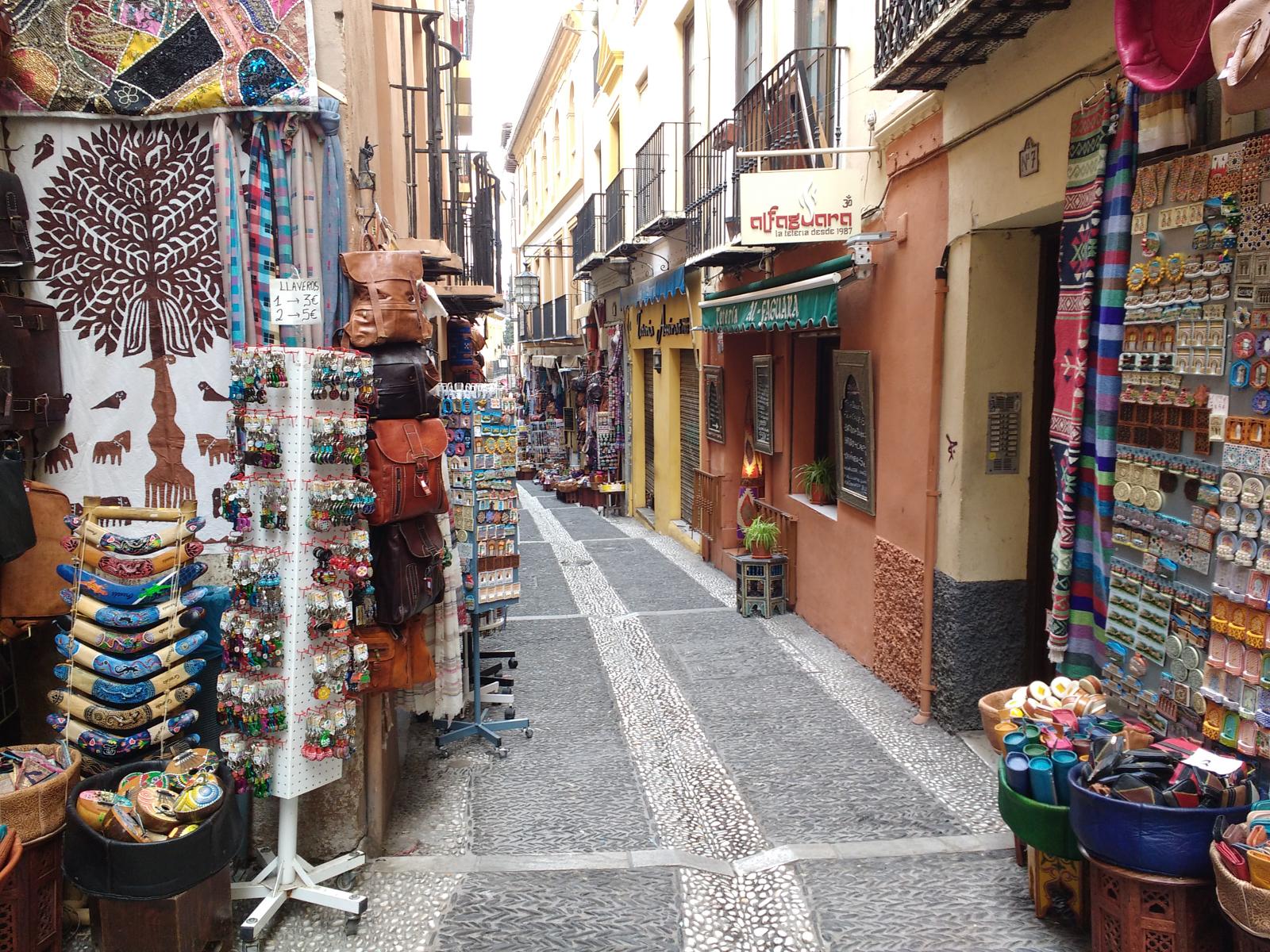 It is impossible to visit all the remarkable places to see in Granada in just two days, but in this section we propose some more places to complete your getaway to the city. You can go for example to the Puerta de Elvira, an arch built in the 11th century, which was the main access to the city during the Islamic occupation of Granada.
If you have more time, we recommend you to stroll through Granada without a map in hand, getting lost in its cobbled streets. During this walk you will come across some historical houses spread out in different parts of the city such as the Casa de Zafra (a 15th century Nasrid house) in Albaicín, the Casa de los Tiros in the Realejo neighborhood or the Casa del Chapiz, a group of houses with beautiful patios and Nasrid porticos.
Among the museums the Museum of Fine Arts of Granada stands out, which is in the Palace of Carlos V, a beautiful space that exhibits works of art from the 15th to the 20th century or it is also interesting to visit the Science Museum, the favorite plan to do in Granada for children with interactive exhibitions, a planetarium and lots of fun.
You can also visit the royal baths located in El Bañuelo that were known as Hammam al-Yawza that will make you want to try a Hammam, a real Arab bath. 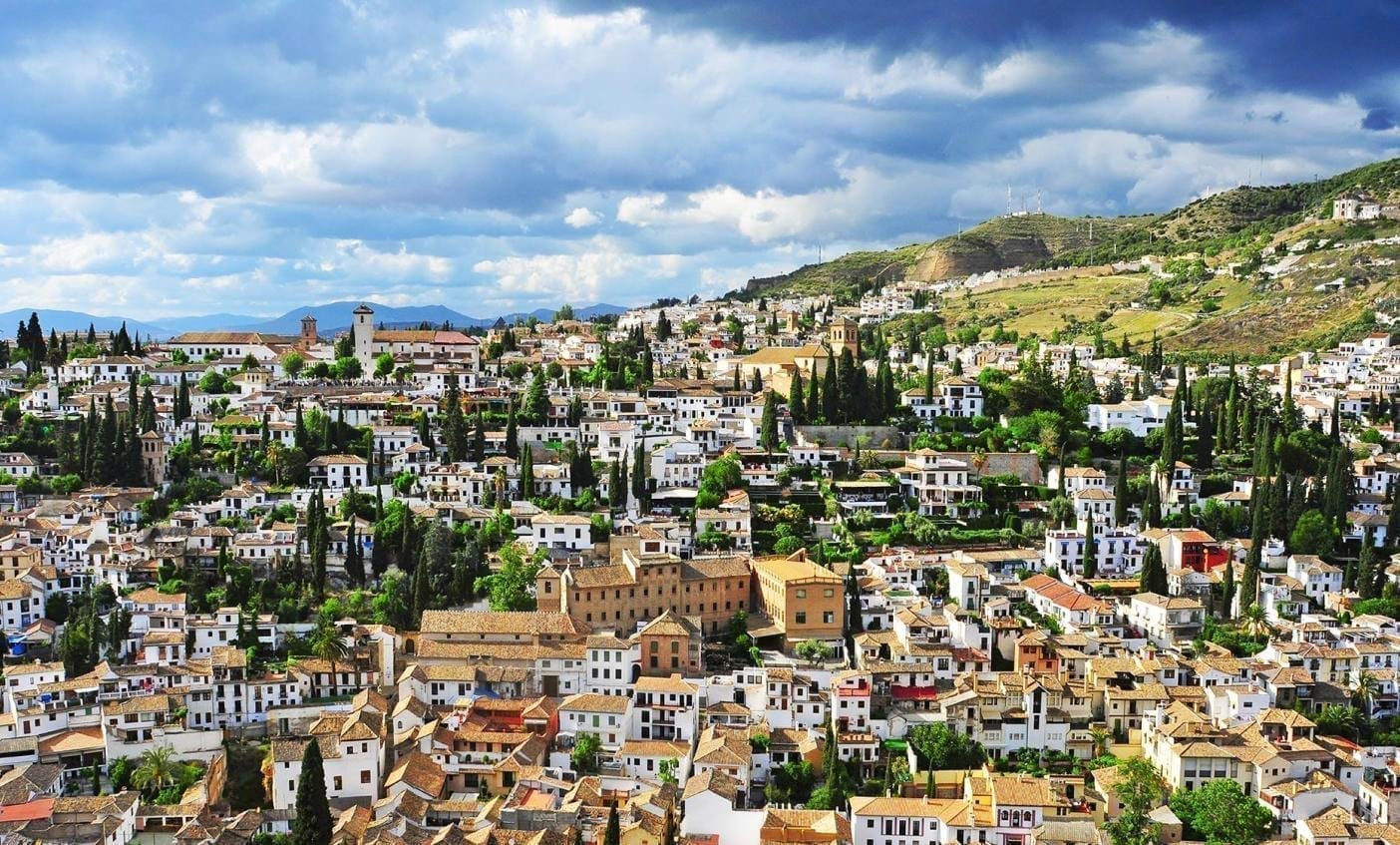